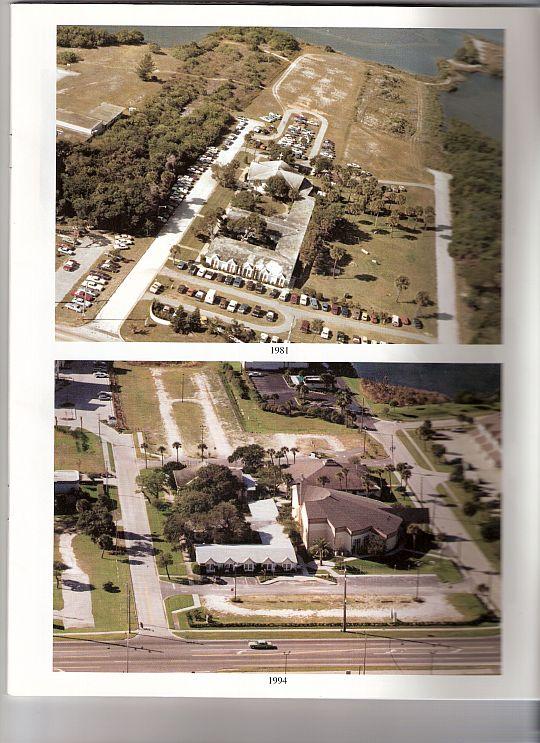 The first church building used as the sanctuary, Knox Hall, was started in March 1957.  The first service in the building was held June 23, 1957.  The structure, including six church school classrooms in two adjoining wings, was dedicated October 6, 1957.

The second building project was a new sanctuary (Riverside Chapel) in which the first worship service was held Palm Sunday, March 22, 1964.  The dedication was held May 17,1964.

The third building project was the addition of the Christian Education wing (Calvin Hall) which was added on to the East wing of Knox Hall and dedicated on January 21, 1968.

The fourth building project was the Fellowship Hall and the Rev. Charles W. Pfeiffer Conference Room.  Dedication was March 4, 1984.  New offices were constructed at that time for the pastor and staff in Knox Hall.

The fifth building project were the additions of a new library and a parlor in Knox Hall.  This was finished in 1988.  Also in 1988, the Schulmerich Carillon was installed.